The Listening Room will feature work by sound artists created with the intention of increasing the listener’s focus in order to enter a more introspective wavelength. Artists were asked to share their literary references in relation to their sound art. Invited artists include: MV Carbon, Boulder Haze, Pauline Kim Harris, Paulie Jan and Chuck Bettis. 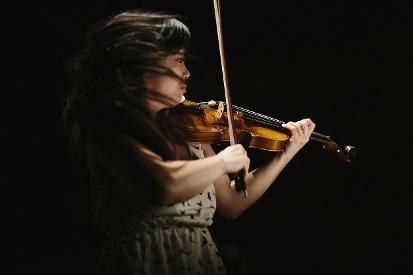 A NOTE AND ITS LIFETIME: A COLLABORATION WITH GORDON MONAHAN

Literary References: Quicksand by Robert Ashley, 88x50 by Adam Tendler, Many Many Women by Gertrude Stein

PAULINE KIM HARRIS is a Grammy-nominated artist who engages in classical to the experimental/avant-garde. Since recording John Zorn's tour de force solo violin work ” Passagen" for Tzadik in 2012, choreographer Pam Tanowitz created a duet named after the piece with Pauline playing onstage. Premiered at the Joyce Theater in 2013, she will appear at the Lincoln Center Out of Doors Festival as well as the Chicago Dancing Festival this summer. As the first violinist of the Alchemy String Quartet, she completed a European tour in the "Zorn @60" concerts in London, Gent, North Sea and Warsaw, as well as at the Lincoln Center Festival, the Miller Theater and the Metropolitan Museum in New York City. She is member of the S.E.M Ensemble, Ostravska Banda, OBSq, Ensemble LPR, the Wordless Music Orchestra and the "enterprising violin duo" String Noise. As Music Director of the Bill T. Jones/Arnie Zane Dance Company, she toured the US, Germany, France and Holland as well as performing with the Orion String Quartet at The Joyce Theater for the 30th Year Anniversary Celebration. She gave the southeast asian premiere of John Zorn's "Contes de Fees" with the Thailand Philharmonic Orchestra. Pauline will be appearing soloist this September in the LIVE screening of “There Will Be Blood” with Jonny Greenwood and the Wordless Music Orchestra at the United Palace Theatre in New York City.

Boulder HAZE is a mindshifter based in Montreal, Qc. His work, highly influenced by information theory, philosophy of sciences and radical empiricism, ranges from music production to video game conception, and from street art to entheological cyberactivism. As a music producer, Boulder experiments with feedback loops, samples, glitch aesthetics and heavy basslines. He has performed in France, Belgium, Canada, and has also produced soundtracks for commercials. Boulder studied media art in France (EMA Fructidor), visual art in Brussels (ENSAV La Cambre), electroacoustics in Montreal (UdeM), and is currently a Ms candidate in Communication Sciences at Université de Montréal. 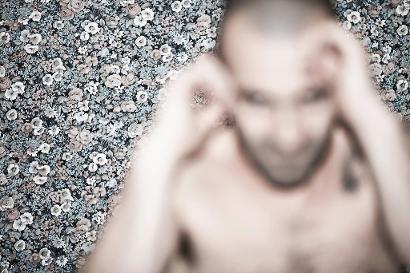 Literary References: Do androids dream of electric sheep by Phillip K. Dick for this will also change and The Man Who Planted Trees by Jean Giono for bradock's

Paulie Jan is primarily a photographer, then a humanitarian and social worker. Signed to the french record label Fin de Siècle since 2012. Electronic musician without any genre boundaries. Has also mixed other people's work: Leave Things and Holy Strays, to name them. 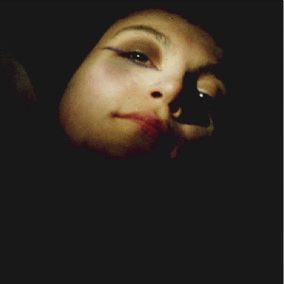 Literary References: Negative Feedback in Neural Networks by Mascagni, Michael Vincet (1987) andThe Search for the Giant Squid: The Biology and Mythology of the World's Most Elusive Sea Creature by Richard Ellis

MV Carbon uses magnetic tape, sculptural sound objects, field recordings, hand-built circuitry, projection, and mixed media in her performances and installations. Her work explores expectation, empowerment, magic, fetish, imagination, and interpretation, by way of questioning the associations made with imagery in the context of contemporary visual culture. Experiential situations are a significant component to her work as she embraces the immediacy of the situation at hand. Her intention is to objectify emotions through music, costume, manipulation of objects, and imagery, to investigate the multifaceted layers of perception. MV Carbon is currently based in Brooklyn, NY. 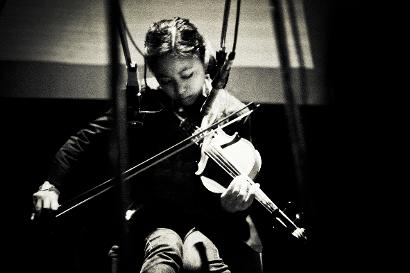 Literary References: The Poetics of Space by Gaston Bachelard

Peruvian-Japanese Pauchi Sasaki weaves styles and disciplines in her creative process. Her work reflects a great interest for interdisciplinary research that induces the interaction between artwork, space and audience. She collaborates actively with projects linked to dance, film, theater, installation and multimedia performances. As a performer and composer, she has been invited to several festivals in Peru, USA, Japan, Spain, Chile and Swiss. Pauchi was awarded with two "Best Original Music" awards from the XV International Latinoamerican Film Festival of Lima and the National Film Council of Peru. Pauchi graduated from the Electronic Music and Recording Media MFA program at Mills College, Oakland. 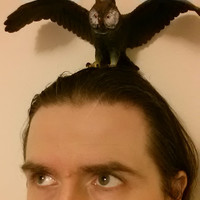 CHUCK BETTIS was raised in the fertile harDCore soil, nourished within Baltimore's enigmatic avant garde gatherings, and currently blossoming in New York's downtown musical tribe. His unique blend of electronics and throat has led him into various collaborations. He has performed live with John Zorn, Fred Frith, Jamie Saft, and Afrirampo to name a few. Some of the musicians Bettis has recorded and played live with are as follows; Ikue Mori, Nautical Almanac, Audrey Chen, Yellow Swans, Toshio Kajiwara, Mick Barr, etc, plus a long history of punk bands he was in (most notably the experimental punk band Meta-matics as well as the enigmatic All Scars). Currently he is working on many of his experimental projects such as Mossenek with Mick Barr, Brown Wing Overdrive with Mikey IQ Jones & Derek Morton, Mudang Rouge with Jerry Lim & Evan Rapport, Period with Mike Pride & Charlie Looker, Hell Hoarse with Brendan Murray, Pretty Clicks with Berangere Maximin, and Chatterblip with Dafna Naphtali, in addition to improvising, recording, or composing with an array of musicians from around the world.