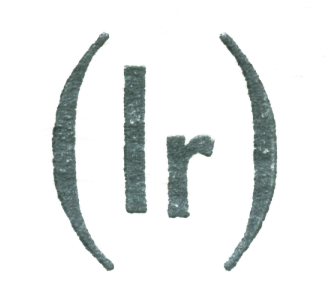 With Diana Hamilton, Lyric Hunter, and Twins of El Dorado

Lighght Reading occurs bi-monthly at a variety of locations in New York City and beyond. All events are free and open to the public. Limited-edition broadsides, letterpressed at the UDP studio, accompany each reading. The series takes its name from Aram Saroyan’s poem “lighght” (Complete Minimal Poems, UDP/Primary Information, 2014). Inspired by the poem’s emphasis on the materiality of the word and the play between oral and written language, Lighght Reading connects the materiality of the page to the orality of a poetry reading.

DIANA HAMILTON wrote Okay, Okay (Truck Books), a book of poetry about women crying at work, Universe, a long poem about examples in moral philosophy, forthcoming from UDP, Shit Advice Columnist, a novella about a woman who gives advice about defecation, and some other things.

LYRIC HUNTER was born in New York City in 1990. She graduated from the Cooper Union School of Art in 2012, and her first chapbook, Swallower, was published earlier this year by Ugly Duckling Presse.

TWINS OF EL DORADO is a modern art song ensemble featuring vocalist Kristin Slipp and trumpeter Joe Moffett. A highly experimental and collaborative duo, Slipp and Moffett explore/explode conventions of sound, voice and meaning, taking the art song format in new and interesting directions. Twins of El Dorado has performed in various settings, from small gallery spaces to acclaimed venues such as The Stone and Issue Project Room in New York and Jordan Hall in Boston. The duo’s debut album Portend the End was released on the Brooklyn-­‐ based label Prom Night Records on March 1, 2013 and garnered praise in a number of publications includingThe New York City Jazz Record, Lucid Culture and KILLED in CARS. They recorded their follow-up album, the as-yet unreleased Verses, in December and January 2013-2014.